The 2022 Annual Meeting will be held April 6-8 at the Marriott Grand Hotel Golf Resort & Spa in Point Clear, AL.

Operator executives and thought leaders will focus on Supply Chain and the Winning the Narrative, as well as the annual Analyst and Political panels.

Use this overview agenda for your planning purposes.

Sponsoring the Annual Meeting provides exposure to key customers and the opportunity for Member Companies to connect with other oil and gas industry professionals, showcasing your corporate presence. 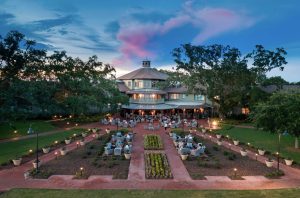 Located near Fairhope, AL in the picturesque beach hamlet of Point Clear, the resort offers guests opportunities for both relaxation and entertainment.

Reservations can be booked online or by calling 800-544-9933 and mentioning the Energy Workforce & Technology Council Annual Meeting.

“Annual Meeting is an exceptional event featuring industry executives and thought leaders addressing the important topics for the sector, as well as valuable networking events.”

Michael R. Pompeo served as the 70th United States Secretary of State from April 2018 through January 2021. He previously served from January 2017 to April 2018 as Director of the Central Intelligence Agency.

As our nation’s most senior diplomat, Mr. Pompeo helped craft U.S. foreign policy based on our nation’s founding ideals. America became a massive energy exporter and a force for good in the Middle East.