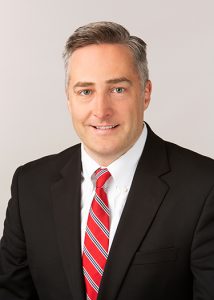 After months of roadblocks and failures, President Biden got one of his biggest legislative victories this week with the signing of the Inflation Reduction Act. The package now goes to the implementation phase, where multiple agencies such as the EPA, DOE and Interior begin to determine how to implement the many new programs that were allocated funding under the package.

While passage is certainly a win for the Biden Administration, the long-term political implications of this bill remain unclear. Passage of the infrastructure package earlier in the Administration seemed to do little for the President’s approval ratings and really did not move the ball at all. Whether or not this bill really changes the political calculation for the upcoming midterm elections remains to be seen. The stabilization of energy prices has helped the Administration slightly, but much uncertainty remains as we enter the fall and winter with the world energy market still facing significant hurdles. The Biden Administration has many challenges ahead.

Also, the White House released a regulatory notice this week indicating they are in the review process for a draft methane regulation by the EPA. Text is not public yet, but this regulatory notice does give us an indication that they are moving forward with the fall release timeline that was previously indicated. This is significant, as the Inflation Reduction Act creates a new methane fee that is only applicable (conceptually) if a business is not in compliance with this upcoming regulation. This oddly written carve-out means that the text of this regulation will be very important in determining who is and who isn’t subject to the fee.

Before Speaker Nancy Pelosi’s visit to Taiwan, it was widely assumed by many in the trade sphere that President Biden might choose to suspend some of the China 301 tariffs this summer. However, given the days of harsh Chinese rhetoric before and after the visit, and the current state of U.S.-China relations, coupled with the upcoming election, the probability of this appears to be diminishing. Any move to suspend the duties could be viewed as rewarding the Chinese for bad behavior and could become a political liability for the Democrats.

It also appears possible that the Chinese continue to escalate the situation. This week, the Chinese military continued to stage military drills off the waters of Taiwan and has gone so far as to fire missiles directly over Taiwan territory. As long as these escalatory actions continue it will be difficult, if not impossible, for any resumption of normal trade relations between China and the U.S. to resume.